The Vinca minor is a type of plant with bright purple blooms. It originated in the central and southern regions of Europe in an area stretching from Portugal, north to the Baltic's and in southwestern sections of Asia. It has over the centuries been spread to hardy growing zones worldwide, and can be found in the United States in 45 of the fifty states. The Vinca Minor differs from the Vinca Major primarily in terms of size, having larger plant parts, flowers and bigger leaves. 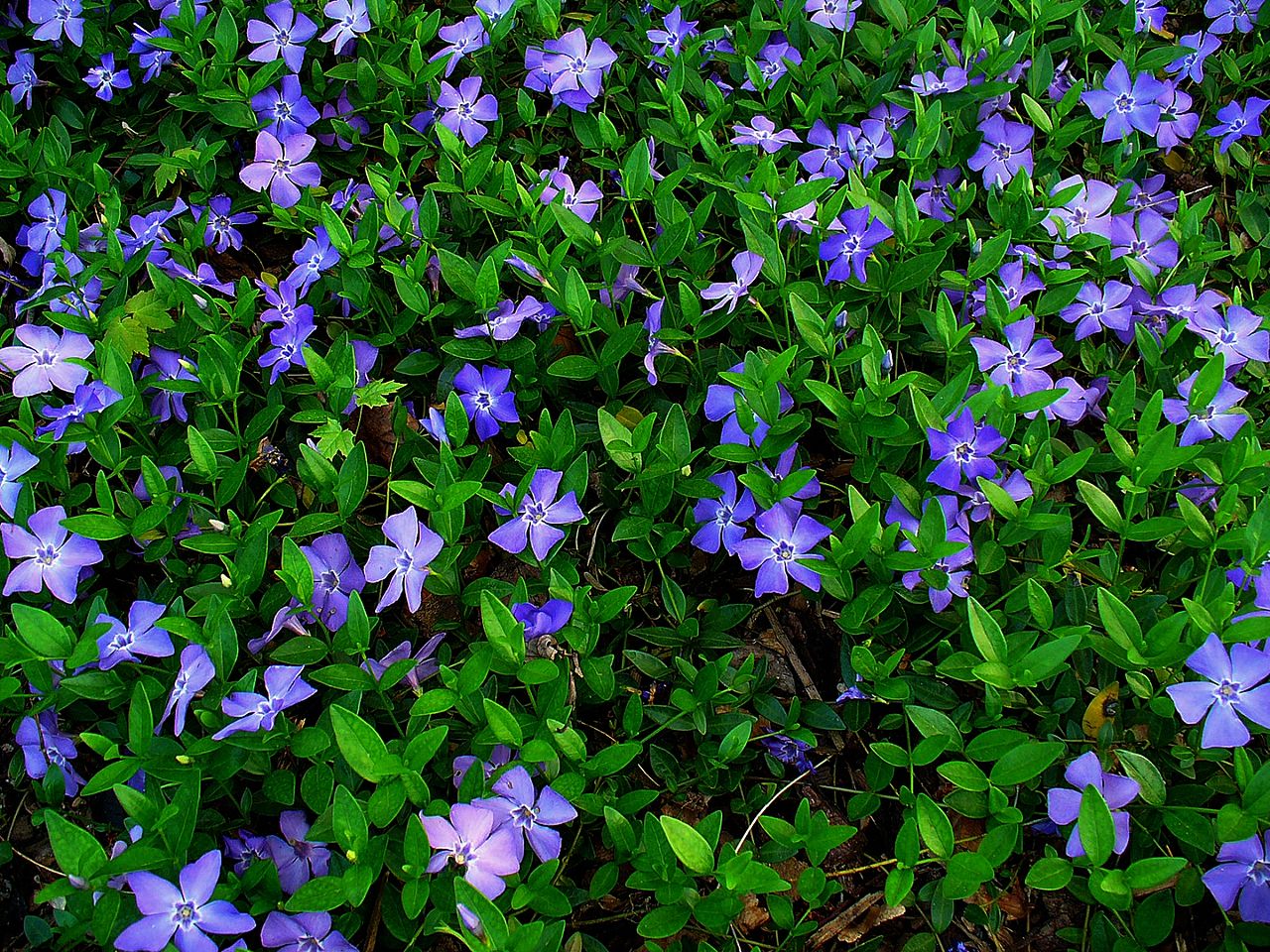 Americans seldom refer to Vinca Minor by its proper name, sometimes calling the plant the small or common periwinkle, but more commonly Americans call it The Creeping Myrtle. Referring to it as a myrtle is actually botanically incorrect, because technically myrtles belong to a completely different species from the Vinca Minor. In Europe and elsewhere, the Vinca Minor is usually referred to as the Dwarf Periwinkle.

In many respects the Vinca Minor resembles a vine that crawls along the ground. It puts down roots along its path, creating large colonies of plants that can cover a wide area. Found primarily in woodland settings, the leafs and offshoots can be more than a foot high, but the plant rarely entwines with other plants or climbs rocks, trees or other plants. The leaves are glossy and dark and usually no larger than an inch long.

The Vinca Minor flowers primarily in the spring, but will still produce flowers through the summer and even into the fall season. The flowers are a famously violet or bright purple, although specially cultivated versions are a paler purple or even white. However, it is so well known for its natural purple blooms that the color name called "periwinkle" originates with the plant. Follicles of an inch long that are filled with numerous seeds comprise the reproductive fruit of the plant. Because of the way it covers the ground and its dense growth, Vinca Minor is great for a lush green ground-cover for gardens and areas where the goal is to suppress weed growth. The fact that it can produce flowers in the spring, summer and fall and is easy to grow make it very popular. However, once it is established the plant is hard to eradicate, so cultivation should not be undertaken lightly.

However, if you are looking for a plant that is great for a lush green ground-cover while still good for cultivating in hardy growing zones, as well as a plant which flowers throughout three of the four seasons, then Vinca Minor is a wise choice.