The sweet flag plant is a perennial. It is made up primarily of pairs of leaves that sprout from a strong base root. The yellow-green leaves reach vertically toward the sun and can grow to be up to five feet tall. The leaves are rather narrow and flat, coming to a sharp point. They have smooth edges which tend to be crimped or wavy. A distinctive feature of sweet flag grass is the presence of a spadix which grows out of the flower stem. It is a rounded cylinder that is solid and coated in small flowers which tend to be more yellow in hue than the leaves. The flowers are characterized by giving off a pleasant odor.

Sweet flag is known to be hardy in USDA hardiness zones six through nine, although it is still generally considered tough enough for zones 5 through 11. The soil requirements for sweet flag are quite minimal, it needs only average soil, as long as the soil is consistently moist. Sweet flag grows best under full sun if the soil is wet enough, but can benefit from some shade in warmer climates.

Sweet flag can also be grown in standing water if placed in a container and set in the water less than four inches deep. It is a slow spreading plant and can grow to a width of roughly two feet within five years. The name of the plant comes from it’s most distinguish characteristic, the sweet aroma it emits when crushed. Whenever the leaves are stepped on or bruised by you, or wildlife, they will give off a sweet fragrance. As a marginal plant one of it’s uses in landscaping is to spruce up the edge of your small pond, as it excels in growth near standing water. Sweet flag can also make great ground-cover or be a feature growing out of your small pond. 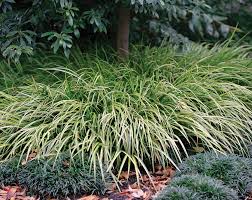